With the explosion of the popularity of hockey and figure skating, most ice arena operators have endeavored to extend their operating seasons. Likewise, curling is growing in demand. Without an effective dehumidification system, moisture-laden air leaking into the arena cools to its dewpoint and creates fog, dripping and other serious problems for the facility. Curling facilities cannot maintain a good playing surface when moisture condenses on the ice. In effect, the ice sheet itself becomes the dehumidifier, causing moisture to first condense (fog) and then freeze. The rink chiller is typically the most expensive component to operate in recreational facilities, and this moisture load causes it to run much more than it otherwise would.

Functions at arenas may be quite varied, so the anticipated air conditioning loads will also fluctuate. If the arena will be used for functions other than ice skating, then the designer must provide systems with enough flexibility to accommodate these needs. For example, if the facility is intended to be used for “non-ice” events, the cooling effect of the ice sheet will not contribute sensible capacity, so more air conditioning equipment might be needed. Conversely, with non-ice events there is no need for the low dewpoint needed with ice installed, so the desiccant dehumidifier may be turned off.

Within an ice skating arena, the HVAC system must also be designed with ventilation requirements in mind during times when the arena is full of spectators. This greatly exacerbates moisture load and greatly increases the equipment needed to handle it.

Sizing a desiccant system requires care in order to properly calculate the dehumidification control level and capacity requirements of the arena and to review fresh air ventilation requirements. Current North American building codes typically require compliance with the International Mechanical Code, requiring ventilation for spectators plus outside air based on the size of the ice sheet.

Outside air is important to maintain good indoor air quality, yet represents the highest moisture load that the dehumidifier must handle. Mechanical designers must consider acceptable ventilation for the facility. Often, local building standards departments will allow reasonable lesser ventilation volumes, since large outdoor air requirements demand more mechanical equipment than is commensurate with the budget. Other significant moisture loads that must be accommodated include leaky building construction, doors, resurfacer operations and the facility’s interior headcount.

The arena environment is not just about selecting a big dehumidifier! Not all arenas are the same. Arenas, like all buildings, leak. Many arenas have construction voids that are pathways for water vapor to enter the building. Depending on how bad the building is, a point is reached when the available dehumidification capacity is exceeded and humidity climbs. Sometimes these voids are difficult to find and nearly impossible to correct. It is better to start with a tight building. Nevertheless, the importance of arena construction is often overlooked by architects.

Some building insulation systems add to the difficulties, resulting in moisture vapor barriers in exactly the wrong location. (Vapor barriers need to be outside of the insulation.) This results in condensation forming within the insulation that cannot be removed with dry air on the other side of it. Lack of a heating system, which is common, makes this worse. This has caused many arena owners to be unhappy when drips continue to fall on the ice or spectators even after the dehumidifier is started.

Before inexpensive desiccant dehumidifiers became available, it was common to find a pair of 7.5 to 12 ton packaged refrigeration dehumidifiers in ice arenas. When applied to a very tight building with virtually no ventilation, the more visible effects of high humidity could be reduced. This was universally accepted to be a marginal solution because, at best, these units could only deliver about 45 degrees Fahrenheit dew-point air; not even close to the space humidity needs.

A properly sized desiccant system is the most cost effective way (if not the only way) to condition an ice arena to eliminate fog and condensation. It is the only reasonable way to get very low humidity air; typically a delivered air condition of 10 to 20 degrees Fahrenheit dewpoint. Depending on fuel pricing and availability, it can also yield significant energy savings for the rink. 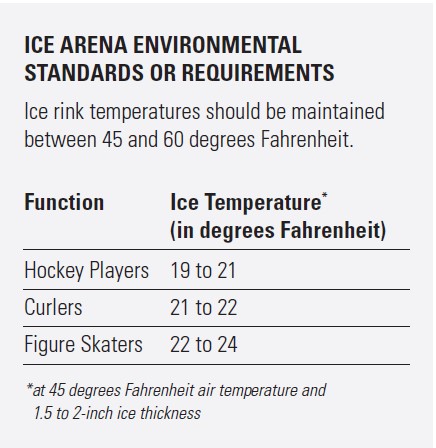 Removing water vapor with a desiccant unit before it can affect the ice surface relieves latent load on the low temperature rink ice-plant. A desiccant unit supplies air at a dewpoint sufficient to control the infiltrated moisture load and condition outside ventilation air. A normal, occupied small recreational arena requires approximately 50 pounds per hour water removal rate exclusive of any outdoor ventilation air. This load must be added to any outdoor air ventilation moisture load. Generally, during humid weather, each 1,000 CFM of outdoor air also introduces 50 to 60 pounds per hour of additional moisture load!

Many engineers design the dehumidification system to accept high outdoor air volumes. Units can be built to do this, but the resulting unit is larger, contains an outdoor air pretreatment system as well as
heating and cooling. This is vastly more expensive than a basic dehumidifier, so most arenas opt for a simplified system that can ventilate the building, if needed, for contaminants (carbon monoxide, nitrogen dioxide and carbon dioxide) but not run that way continuously. This has proven to be a safe and effective alternate design. Space-mounted contaminant sensors trigger the outdoor ventilation air to keep the space safe if at the expense of humidity control. One strategy is to simply ventilate the building at the maximum volume of the dehumidifier until safe levels return. 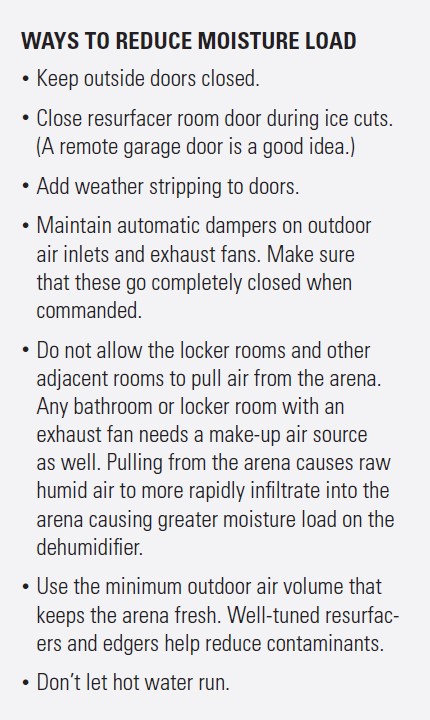 Desiccant Dehumidification systems use heat energy to remove collected water vapor from the desiccant (referred to as “reactivation” or “regeneration”). This energy can be propane, natural gas or electricity. Typically, natural gas will provide the best cost/benefit compared to electricity, but facilities in different geographical regions should compare energy sources to select the most economical fuel source. When the desired humidity condition within the arena has been met, this “reactivation” heat energy will simply cycle off to achieve the most economical performance. Because a desiccant unit removes water as vapor, it is mostly unaffected by cold temperatures. In fact, desiccant systems generally work best with cool space conditions. The ability of desiccant systems to deliver very dry air allows arena operators to minimize the cost of running the rink refrigeration system while eliminating humidity concerns. Conversely, the reactivation system does add some heat to the dehumidified air stream, but is normally offset by the cooling effect of the ice sheet.

Most dehumidifiers are controlled by a simple and inexpensive relative humidity “humidistat.” These are inexpensive, but do not accurately control humidity in an ice arena.

The problem is that as the temperature in your arena changes, the humidistat will either run the unit too much (in a cold arena) or not enough (in a warm arena). Acceptable temperature in a typical arena is from 45 to 60 degrees Fahrenheit as long as the dew point is under control. 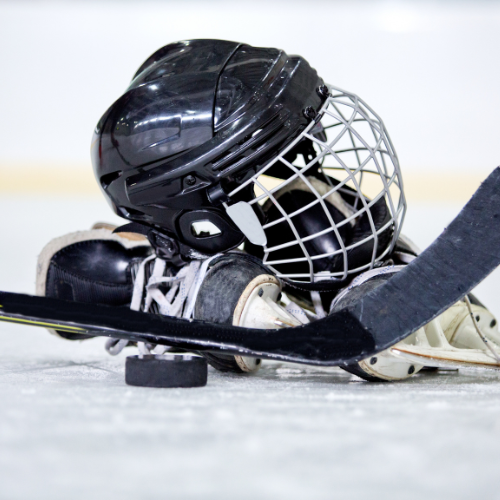 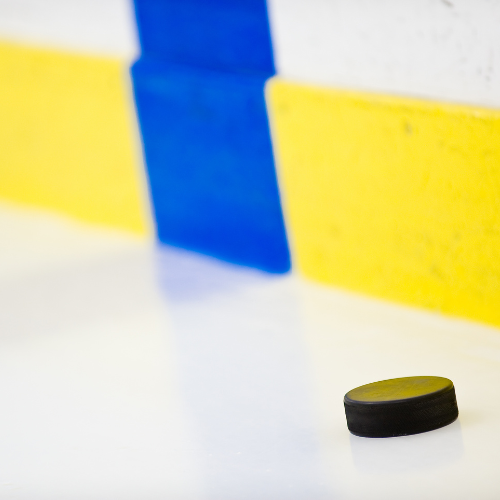